1. The naturalness of the language. Common errors among first-time authors are the use of overly formal language 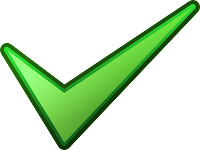 (cold style, as lawyers use), or too fancy and pompous (for a false view of what sounds like “literary” as synonymous with baroque and pseudo-poetic). We must encourage the use of natural and common language. Juan de Mairena’s “customary events taking place in the rue” in poetic language is written as: “What is happening in the street.”

2. The length of sentences. Neither too short nor too long, nor very equal in length. Any excess is bad, but particularly dangerous are unnecessarily long sentences, labyrinths in which students are lost from time to time. Too long sentences, unless the student is called James Joyce, usually break the rhythm, liveliness, continuity and interest in stories. And almost always they can be chopped into simple sentences.

3. The descriptive detail. Detailed descriptions and the use of physical senses (sight in the first place) are often regrettably scarce in early writings, especially those referring to the small gestures and movements of the characters.

4. The credibility of dialogues. Dialogues should be tailored to the characters, and they are the means of their expression, not the author of the text. When a character is “forced” to say something, the effect is disastrous. The dialogue is what they say, but also what they don’t say, and a bit of inconsistency sometimes give more credibility.

5. The continuity of history. Put an eye to the jumps in time and story-puzzle.

6. The liveliness of the scene. It depends on gestures, movements, dialogues and events that are happening. It is very difficult for a character recalling his childhood in a rocking chair to be “alive.” It is better to “move” the character.

7. The narrative resources. Figures of thought and style resources: metaphors, anaphors and cataphors, irony, understatement, a variety of records and narrative tone...

9. Structure. Experimentation should not be encouraged with structure (jumps in time, circular stories, narrator p.o.v. changes…). Writing well a challenging but simple story is much more difficult than it looks. So, discourage complex structures.

10. Rhythm. Slow, frenetic, monotonous, uneven… It has to do with the length and disparity of extent in sentences, with alternation of descriptions and dialogues, and the number of events or scenes that happen in the story.

11. Personality. It is very difficult to detect and define a true “personal style”, but it always comes up and is linked with honesty, sincerity and deepening at the time of writing.
---
(c) Enrique Páez
Publicado por 100 millones de visitad en 19:32